LOS ALAMOS, N.M. — In a campaign involving several canyons impacted by historical weapons research and development at Los Alamos National Laboratory (LANL), environmental professionals with N3B Los Alamos have collected more than 3,100 soil samples and excavated more than 1,000 cubic yards of contaminated soil to ensure protection of human health and the environment. The volume of soil excavated equates to about 4,000 55-gallon drums.

The project, known as the Southern External Boundary Campaign, is aimed at investigating and remediating land in LANL’s southernmost boundary, which borders Bandelier National Monument and a portion of Los Alamos County.

“In addition to prioritizing human and ecological health at the specific sites we’re remediating, we also consider the watersheds in each canyon,” said Nathan Canaris, a field execution technical lead in N3B’s Resource Conservation and Recovery Act Program. “We want to prevent any potential contamination from being washed into a watershed that leads to the Rio Grande — and we work to prevent contamination from making its way into groundwater. Protecting those resources is paramount.”

Cleanup at sites is considered complete once crews ensure, through extensive sampling and at times, excavation, that soil meets state environmental standards based on future land use scenarios. Depending on the site’s history, soil is sampled for a variety of contaminants, including metals, radionuclides, high explosives, and human-made chemicals known as volatile organic compounds, which are typically used in industrial solvents.

“Sampling in these canyons has been one of the most challenging aspects of the campaign due to the rugged terrain,” Canaris said. “At a lot of sites, we hike in with hand augers to collect soil samples because it’s too remote to bring in mechanized equipment.”

N3B has met nine Consent Order milestones associated with the Southern External Boundary Campaign, including three last month. The Consent Order is an enforceable agreement between the U.S. Department of Energy and the New Mexico Environment Department that guides N3B’s legacy environmental cleanup at LANL and establishes an effective structure for accomplishing cleanup on a priority basis.

More than half of the 2,100-plus potentially contaminated sites at LANL associated with historical operations and originally identified for investigation have been cleaned up. Areas range from small spill sites with a few cubic feet of contaminated soil to large landfills encompassing several acres. 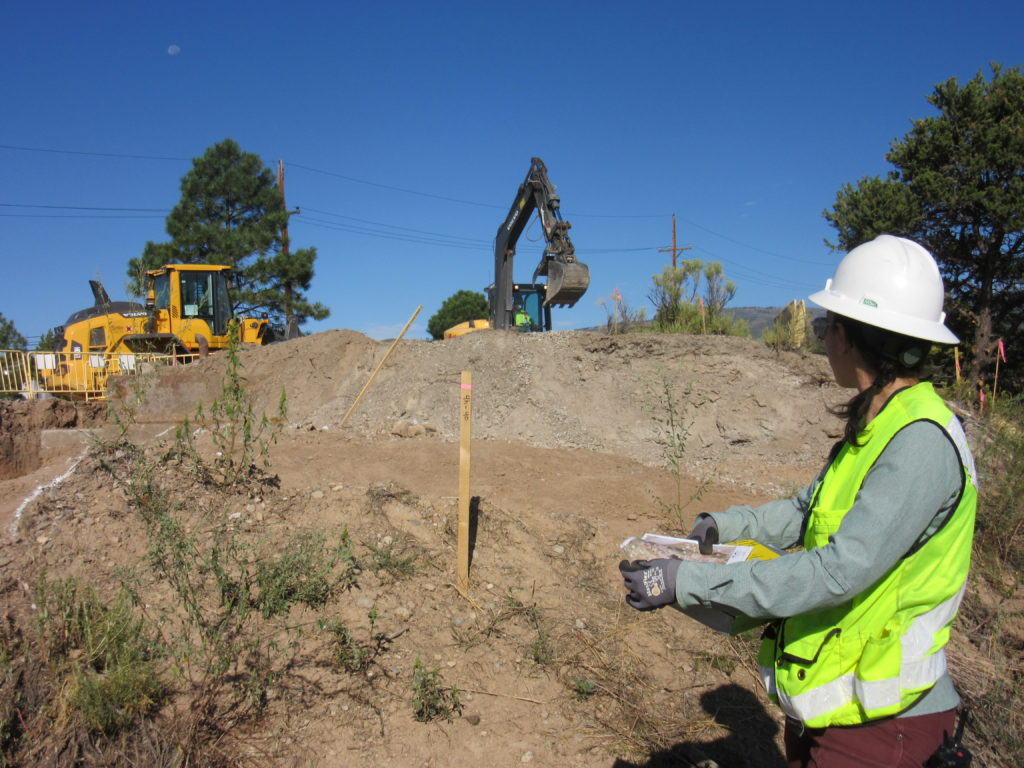