Existing data for the campaign’s 222 sites, which have ties to LANL’s Manhattan Project and Cold War operations, were reevaluated under a risk-based approach agreed upon with NMED in 2012. With completion of these key campaign milestones, N3B can finalize site closure requests for 168 of the 222 sites. Site closure indicates no unacceptable risk to human or ecological health based on current and reasonably foreseeable land use.

N3B, the primary contractor for DOE’s Environmental Management Los Alamos Field Office (EM-LA), began reevaluating sample results for the sites after being awarded the Los Alamos Legacy Cleanup Contract in April 2018, not long after DOE and NMED agreed to reevaluate the investigation data.

The most recent sites for which sample results underwent reevaluation include areas surrounding underground shafts once used for hydronuclear experiments — an alternative to full-scale nuclear testing banned in 1958 under the Eisenhower administration.

From 1960 to 1961, hydronuclear experiments occurred 50-100 feet below ground in the shafts around Los Alamos Scientific Laboratory, now LANL. The experiments involved high explosive compression of fissile materials, such as plutonium and uranium, whose quantity was reduced far below the amount required for a nuclear explosion. The purpose of the experiments was to improve the safety of nuclear weapons.

Sample results from the soil above the shafts and nearby sediment transported by storm water runoff were also recently reevaluated. The shafts themselves, due to their chemical and radionuclide inventory, will undergo a corrective measures evaluation as part of N3B’s program to address LANL’s historical waste disposal areas. These shafts make up what is known as Material Disposal Area AB.

“Based on our sample results against the state’s updated standards — which account for risk to human and ecological health in determining whether remediation of a site is necessary, and which allow us to prioritize remediation projects — neither the soil above the shafts nor the adjacent land pose a risk under current land use,” said Joe English, an environmental contractor for N3B’s Environmental Remediation program.

Since September 2015, 10 reports under the SIRs Campaign have been submitted to NMED detailing whether the level of risk for these sites satisfies applicable standards, or if they need additional investigation and potential remediation. Of the 222 sites, 54 sites need additional work and will be included in other campaigns under the 2016 Consent Order. 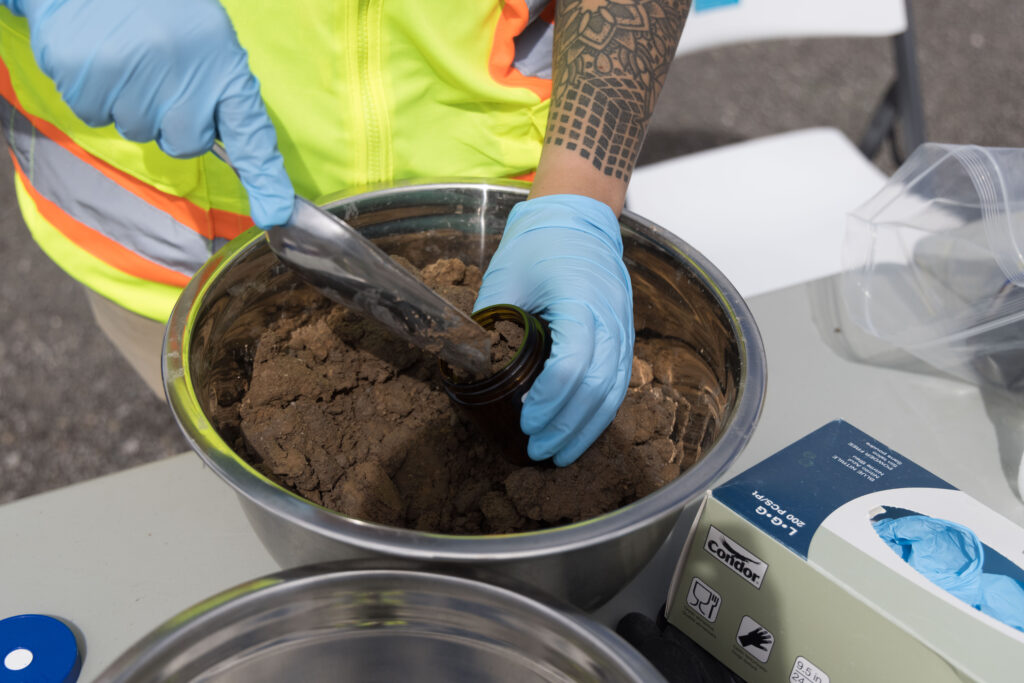 An N3B environmental professional collects soil at a site associated with historical Los Alamos National Laboratory operations to ensure the safety of human and ecological health.